When, in early 2008, Warid Telecom swaggered into the Ugandan market with a memorable display of fireworks that lit up the skyline over Speke Resort Munyonyo, the then two dominant firms, Zain Uganda (now Airtel Uganda) and MTN Uganda, took note.

A new entrant that could match them, pound for pound, had just made a strong case. Warid quickly embarked on drawing first blood by building its customer base through offerings of cheap calls.

One of its early strategies was to launch a sweet tariff under the guise of it being a promotion – Bang KB for Free. With this, customers would pay for the first two minutes of a Warid to Warid call and enjoy the rest of the minutes free of charge.

Bang KB for Free spread like wildfire. The two main players, MTN Uganda and Zain privately complained at the unfairness of this new price, considering how heavily they had invested in the market. The Uganda Communications Commission listened. But only for a short while.

What was not clear then was that Bang KB for Free became one of the first tests for the regulator, the UCC, on how to impose fair competition during price wars. Uganda is a fully liberalized economy with no price caps anywhere in the economy.

The Uganda Communications Commission ordered that offerings such as Bang KB for Free should not run for more than three months.

The order was that promotions should not be disguised as tariff bands. It was an order that would not hold for long. The market would later regret.

In early 2009, Orange Telecom launched in Uganda. Orange took on a cautious approach, preferring to slug it out in the data segment of the market.

Profit margins were heavily squeezed in the voice market because of all the promotions and cheap tariffs. Considering how much Orange Uganda needed to invest, focusing on the data market looked a better option.

Warid continued to disrupt the voice market. Later in 2009, Warid introduced the Pakalast and the Mega Bonus tariffs, both of which gave customers an opportunity to make calls for less money.

After, the telecom firms started an aggressive price war. Companies shifted from charging calls based on minutes to per second. Prices dropped from Shs 4 per second to nearly Shs 2 per second. Just how low the companies could go became anyone’s guess. 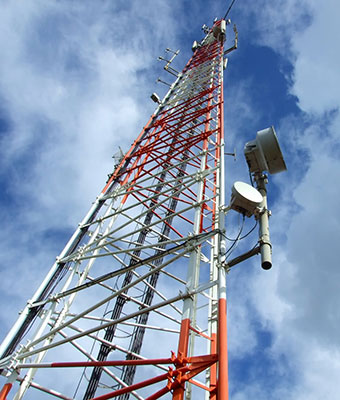 By this time, the Uganda Communications Commission had thrown in the towel over being caught in the middle of price wars.

The argument, then, was that Ugandans should be given the opportunity to enjoy cheaper telecom services. It was a delicate balance; letting the public enjoy cheaper calls at the risk of crowding out smaller telecom companies.

As beneficial as low call rates were to Ugandan consumers, they sowed the first seeds of a strong duopoly in the market, which would make it hard to be regulated.

One French official from Orange I spoke to privately defined the numerous price wars in the voice market as “treading on dangerous ground.” Pakalast thrived.

It still thrives up to this day, eight years later.  Airtel, which had bought Zain in 2010, later bought Warid Telecom in 2013. With that buyout, Airtel nearly matched the market’s bellwether, MTN Uganda. There was no room for any smaller players.

In 2014, with the market getting harsher, Orange Telecom sold its Uganda unit to Africell from Lebanon. The French firm decided to concentrate on Francophone Africa.

Less than a year later, Afrimax launched in Uganda, using the Vodafone brand. Unlike Orange Uganda which ventured into the voice market, Vodafone placed its entire attention on the data segment.

Afrimax’s coming to Uganda’s telecom market proved a blunder. There was hardly room in the market. Last week, Afrimax filed for bankruptcy. Although the company had its share of management problems, there is no denying the fact that it struggled to penetrate the data market.

Where did it all go wrong? One needs to go back 10 years to clearly examine the birth of promotions such as Bang KB for Free, which ultimately led to the death of fair competition.

Every market needs strong rules that enforce fair competition, especially when it comes to pricing. Indeed, regulators tend to stamp out rogue behaviours such as the large firms blocking the entry and survival of smaller firms in the market.

And there have been incidences where smaller companies like Ezee Money have dragged bigger firms such as MTN Uganda to court over unfair business practices.

But because Uganda is liberalized, bigger companies have used price wars to crowd out smaller firms, which, for all their intent and purposes, is a practice against fair competition.

In an attempt to allow customers to enjoy cheaper telecom services, Uganda is now left with two large telecom firms, a duopoly. It is going to be hard for a new telecom company to enter Uganda’s telecom market under the current conditions.

Spare a thought for the likes of Uganda Telecom Limited, which is trying to revive its long lost glory. It is no wonder utl needs a government directive, which requires all state agencies to subscribe to its services, to be enforced in order for it to survive.

In the long run, we are likely to see both MTN Uganda and Airtel Uganda have the same prices, although this might not be intentional, as they try to maximize profits.

UCC will find it tough to regulate these two large telecom firms because of the sheer might of power they hold.

Until then, let us enjoy the price wars while they last.

It is an illusion to believe that the 3rd, 4th or 5th players can ever make money.

There are no Data Wars, the big players are just over charging. Data can be cheaper than what is charged.

Next segment open for competition is mobile Money.
Report to administrator