Chinese firms will meet their own costs for the construction of ‘oil roads’ as government continues to engage China’s Exim bank for funding, according to a project brief from the Uganda National Roads Authority, writes JEFF MBANGA.

The idea behind Chinese firms meeting their own bills is to quickly start the process of creating a transport network for the transportation of equipment needed to get Uganda producing oil.

Unra’s project brief notes: “Unra had requested the ministry of Finance, Planning and Economic Development (MoFPED) to consider works contracts to be pre-financed by the contractors and MoFPED gave a no-objection that was communicated to bidders. This implies that civil works contracts can commence and be implemented for a year while government secures funds from the bank.”

The contracts committee at the Uganda National Roads Authority is currently scrutinizing the evaluation reports for bids of civil works as the authority continues to negotiate for Chinese funds to build nearly 600km of road. 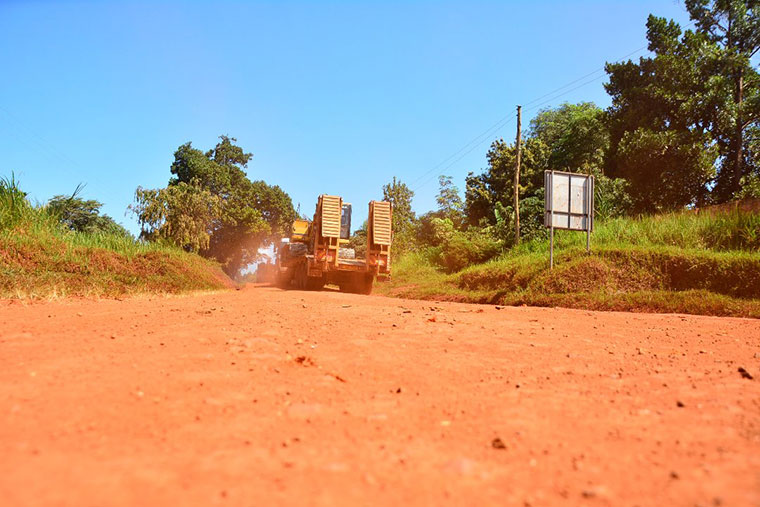 Also, the contracts committee is reviewing the bids for supervision services, a component that will be financed by the government of Uganda, according to the Unra brief.

Unra officials, led by the executive director, Allen Kagina, toured the oil areas in late November, where they said they would first concentrate on carving through critical areas such as swamps and sharp corners before embarking on the longer stretches.

Unra has a target of building the 600km in two years, a task that is simply impossible. The United Kingdom Export Finance will finance an additional 98km. All these roads are expected to be completed in the first quarter of 2021.

According to Unra, the entire project cost for the roads is estimated at Shs 3.2 trillion ($909.8 million). The Exim bank of China is expected to finance the civil works for the 600km.

Unra says the procurement for packages one, two and three is to be concluded in December, while for four and five is to start in the same month.

The preliminary designs, draft feasibility studies and the environmental and social impact assessments have been completed. The National Environment Management Authority has already awarded a certificate of approval for the construction of the roads.

Acquisition of land for the roads is expected to be concluded in June 2018. According to a survey conducted by Tullow, Total E&P and Cnooc, at least 800,000 tonnes of equipment needs to move to the oil areas of western Uganda for exploration and production of oil.

How on earth did the government not think critically about the oil business. They wait until the oil is on tap and start scratching their heads how they will transport it.

Good, patriotic negotiators were ignored and they put their own people to ensure 'in-hose eating'.

By now there should be up and running the following amenities; training department, hospitals, staff accommodation, recreation/sports facilities and primary/secondary schools for their children!
Report to administrator
0 #2 Lysol 2017-12-22 00:43
We cross our fingers and wait until that oil begins flowing out of the ground.

That oil has been like a cash cow for the dictator regime even when it's not yet flowing.

By the time it will begin to flow, it won't worth much. Uganda will be disappointed as the world moves to cleaner energy.
Report to administrator