For the Nile basin countries, River Nile waters mean life and death. Consensus on how the waters should be shared is paramount.

INNOCENT NTABANA, the executive director of Nile Basin Initiative (NBI), which brings together 10 countries and offers a platform to dialogue on the issues affecting the Nile, spoke to Abubaker Mayemba on how the Nile is being protected.

Why is the preservation of the Nile so important?

It’s important to protect the Nile so that it sustains not only the [growing] population but also the fauna and the entire bio-diversity in the basin.

The Nile basin hosts about 25 per cent of the African population and it covers 10 per cent of the whole African area. In addition, the Nile river and its various wetlands is a habitat for important biodiversity. NBI objectives include development, sustainable management, eradicating poverty and promoting regional integration.

How far have you gone to achieve them?

A number of projects have been commissioned, mainly between member countries, and they are contributing to creating more trust and cooperation. So far, projects costing $6.5 million have been prepared and some are being implemented. Others are at planning stage.

NBI is supporting the monitoring of the river and every five years we produce a report called The State of River Nile Basin,
which gives an outlook on the health of the river.

What are some of challenges NBI faces?

The first challenge is the transitional nature of NBI. An institution to be in transition for more than 17 years is a big challenge. NBI also has funding challenges. NBI’s financing has reduced and commitment of member countries has not always been as expected. So far, they have man- aged to finance our core functions but when it comes to other programmes, we are depending on foreign aid.

As much as we are encouraging cooperative management of the Nile, we are seeing individual investment projects, which really have not been discussed enough by member countries and sometimes they are a source of conflicts.

We try to help as much and we think that we should have a basin plan where all these in- vestments are identified and this could reduce the current conflicts we are seeing among countries. Since 2010, one country [Egypt] has frozen its participation in NBI. It’s also a challenge because we would love to see countries all together.

Has there been any progress in bringing Egypt back to NBI?

Since the 24th Nile-COM meeting held here in Entebbe, it was agreed that efforts be made to bring back Egypt. A special committee has been put in place, which met Egypt to listen to its concerns. 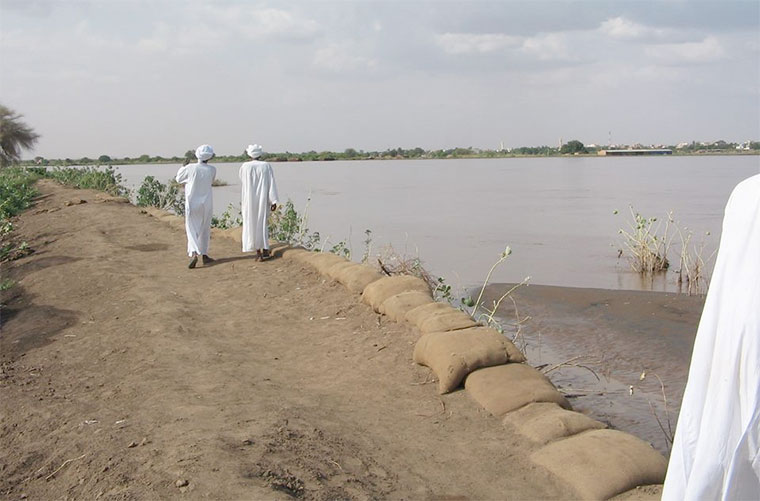 What are those points of contention that are stopping Egypt from coming back to fully participate in NBI?

The major point of contention, from what Egypt says, is that in 2010 when six Nile basin countries decided to sign the Cooperative Framework Agreement (CFA) and to move forward to its ratification, Egypt didn’t con- sent to it and, therefore, didn’t sign it.

Egypt wanted to exhaust one article of the CFA related to water security but other countries thought what they had achieved was a lot over the 15 years of negotiation and that they could move forward, establish the commission, and within six months start negotiating on the article on water security.

This was mainly the point of disagreement, which the countries are trying to see how it can be resolved.

What’s in the article on water security that Egypt wants to be changed?

There is still a disagreement on that as far as Egypt wants previous water agreements to be part and parcel of the CFA. Other countries say “no these treaties are not binding since they were made during colonial times when even some were not yet British colonies.”

They think a new agreement needs to be reached to govern the Nile water. At the end, they [other countries] say let’s discuss water security for all the Nile basin countries.

In October, the Nile Basin Development Forum (NBDF) will be held in Kigali. Why did NBI come up with this forum?

This is a follow-up of a number of conferences which were held before 2002 about Nile waters. It’s generally a science policy dialogue which brings together decision makers; researchers, civil society and private sector to discuss issues pertaining to the Nile waters outside the normal governance.

It is a very important forum for us as it informs countries and Nile basin institutions on new topical themes and the outcomes are taken up by countries and NBI to be integrated into their programmes.

In 2008, the topic of discussion that year was climate change and NBI was requested to integrate climate change into its programmes. From there, we developed the Climate Change strategy and we now have activities towards strengthening the capacity of countries to handle climate change issues.