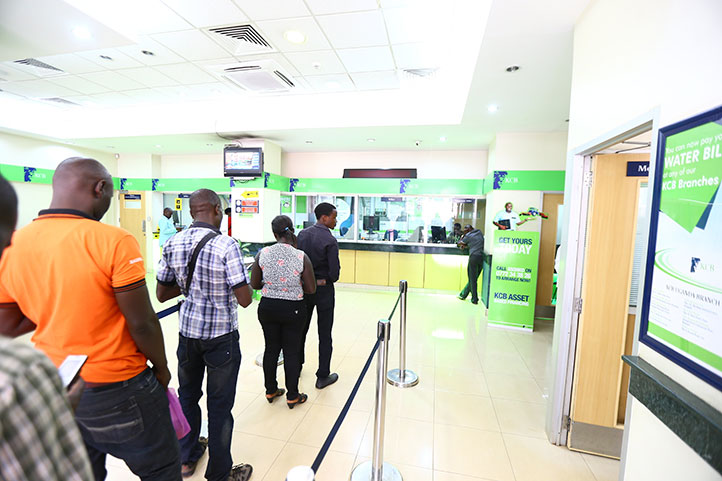 In what looks like a ‘keep them guessing’ game, the lack of information and systematic steps on a cabinet decision to disband and fuse some of its agencies has caused anxiety among staff of the various entities listed for disbandment.

In the same vein, local banks are quietly withdrawing their services to employees of these agencies, especially those seeking salary and long-term loans. On September 10, a cabinet meeting resolved to merge or disband some of the agencies that are seen to have duplicated roles in a move that is hoped to save government more than Shs 1 trillion.

More than 70 agencies have been lined for disbandment and they include Uganda National Roads Authority (UNRA) and the Insurance Regulatory Authority (IRA), among others.

The development is estimated to affect more than 10,000 workers employed by the agencies.

“Banks are now cautious because they don’t have assurance these workers will still be employed in the next three years,” says an employee who preferred anonymity. “They are now asking us for security on salary loans on top of putting stringent conditions.”

Ibrahim Lubega Kaddunabbi, the IRA executive director, finally let the cat out of the bag last week when he openly expressed discomfort at the situation which he says has slowed down service delivery.

“The spirit of rationalisation is good but the way it is being done is wrong. Since September when it was announced, no minister has communicated to the line agencies on what is going to be done, and no stakeholder was consulted before that decision was arrived at. That cabinet pronouncement should be withdrawn,” Kaddunabbi said during a public forum on the rationalisation of the government agencies at Kampala Sheraton hotel.

The forum was organised by Friedrich Ebert Stiftung (FES) under theme: Rationalisation of government agencies, commissions and authorities: Why, when, how and for whose benefit. Kaddunabbi said the performance levels have gone down, the banks are no longer extending credit facilities to employees of the affected agencies.

The September announcement came nearly two years after the idea was first floated during a retreat of ministers and permanent secretaries at the National Leadership Institute (NALI) in Kyankwanzi.

It was from this August 2016 retreat in Kyankwanzi that Museveni tasked his brother Gen Caleb Akwandanaho (Salim Saleh) to assemble a team of researchers and economists to undertake a study on the relevance of the various government agencies, commissions and authorities.

This research formed part of government’s decision in September but it appears to be gathering dust without any major steps being taken to implement the reforms. Catherine Musingwiire, the permanent secretary in the ministry of Public Service, says the decision was made in order to establish the current operational costs of the agencies, and remove wasteful expenditure and duplication of services among others.

She also adds that some of the agencies were formed as a result of signing agreements with donors, who imposed their creation as conditionality for accessing financial assistance.

However, she also adds that the fatty perks that were earned by the heads of these agencies as compared to the traditional civil servants, compelled some government officials to lobby for the creation of these somewhat money-gobbling agencies.

She, however, assuaged the fears of those who work for the agencies that generate their income that they would not be abolished or fused with those that depend on funding. However, the director of development planning at National Planning Authority (NPA), Dr Patrick Birungi, spells more doom and says there is already visible reluctance by government to implement the reforms, causing wider uncertainties.

“If the cabinet decision is not implemented as fast as possible, it continues to create uncertainty and that is very dangerous,” Birungi said.

But Musingwiire, counters that, saying the implementation would be done in a phased manner and there is a minimum of three years.

“The agencies that have bothered to consult have been guided on the timelines for the implementation of the decision, and on what contracts can be taken,” she says.

Part of the reason why government is not in a hurry to implement the reforms is because most employees of the agencies still have running contracts that government wants to expire.

Former state minister for Economic Monitoring Henry Banyenzaki was part of the team that compiled the report that informed the cabinet decision. He told The Observer there are some government officials that are working against the implementation of the reforms.

According to Banyenzaki, some accounting officers are direct beneficiaries from the agencies and, therefore, merging them or collapsing them back to their line ministries will affect them financially.

“Some permanent secretaries sit on the boards of these agencies, and if a single ministry has about 10 or 20 agencies under it, that means that the PS earns from each of them, and will, therefore, work towards failing the implementation of the reforms,” he says.

In September, Frank Tumwebaze, the ICT and National Guidance minister, said government plans to introduce an omnibus bill in parliament for the implementation of the mergers and disbandment.